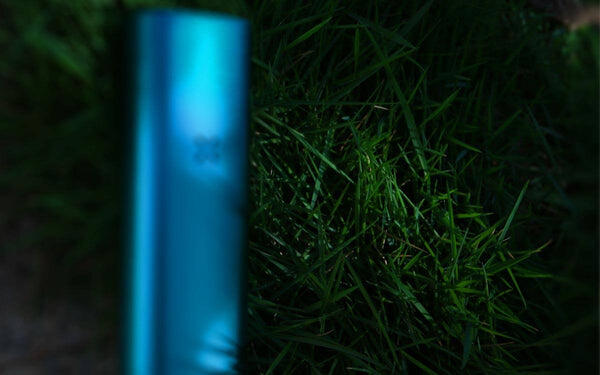 Pax as a World-Renowned Vape Brand

If you’re new to the vaping community or you’ve simply not been a PAX vaper, you might not know about the PAX 2 and PAX 3. I’m here to let you in on all the most exciting PAX new and rumors… Including PAX 4 rumors!

New rumors reveal there will not be a PAX 4 this year.... Instead PAX Labs will make upgrades / modifications on the current PAX 2 and PAX 3.  Follow the same path as Storz & Bickel ( Mighty and Crafty Plus ), Firefly and Boundless vaporizers.

Here is what the LATEST PAX rumors buzzing around:

The PAX Mini is going to be  the upgraded version of the PAX 2 only slightly smaller in size. We expect to see an upgraded heating system and hopefully fast USB-C charging. PAX Mini will most likely be available in Charcoal black and Platinum Silver. Hopefully there will be some more limited colors to choose from!

The PAX Plus will be PAX Labs new flagship model, an upgraded version of the PAX 3 Vaporizer? Rumors say it will feature better battery life, USB-C rapid charging and a new powerful oven. We have seen PAX 3 in may different colors, first the original four colors and later PAX Labs released four new colors.

PAX just dropped their pricing for PAX 2 and PAX 3. They are also announcing a new PAX platform soon to come during the fall 2022. In other words, we will soon see something new from PAX Labs dropping in November, so stay tuned!

To start off, here is a little bit about PAX and how they’ve become one of the best-loved vape brands on the market:

PAX Labs is a company that initially began their brand by designing, making, and selling herb vaporizers. All their vaporizers are made with high-quality and innovative technology that had not yet been seen on the market since the “OK” from the FDA, and still remain unequalled.

PAX’s innovative technology involves many things which include their LED light design, their portability, and their accessibility in places where herb is legal. The PAX 2 and PAX 3 are quite easily concealed, they are simple to use, and people say that you get a great hit off of them thanks to the heating technology and general engineering of the vaporizer.

From the Original Pax to the Pax 4

The original PAX was the first model to come out and it was as big a breakthrough for PAX as a company as it was also for clients, who began to see that there are more options out there for them to choose from.

This actually brought many people into the herb vaping community, because not only was it a new way to experience THC, but it was also much more convenient and portable - not to mention aesthetically pleasing!

The PAX 2 was released soon after. This model included much more fine-tuned details that the company had taken into consideration after their initial launch. That made clients very happy, and it also began to increase the sales of PAX worldwide (compared to the original PAX vaporizer).

Finally, the PAX 3 (a.k.a. the best vaporizer PAX ever released in my opinion) was launched. To think that PAX Labs made improvements from the original PAX to the PAX 2 was definitely true, but when I saw and used the PAX 3, I was totally blown away with the awesome changes and improvements, and with the great quality of vapor that I was getting.

Just to be clear, I’m not saying that I didn’t like the PAX 2, because I definitely did! I’m just saying that the improvements in the PAX 3 were more than I could have imagined and that it was much better for me personally.

Recently, in a stimulating turn of events, PAX Labs has been rumored to be in the middle of working out a PAX 4. How exciting is that?! Of course, since PAX itself has not actually confirmed these rumors, we can’t be certain that there will be a PAX 4 anytime soon.

2022 is supposed to be a “breakthrough” year for PAX vapes, and the PAX 4 may be one of the things on their agenda.PAX fans all over the world are anticipating the arrival of this new vape, and anxiously waiting to see just how amazing it will be.

If in fact, PAX had not been considering making a PAX 4 vaporizer, they better start working on one now! There is so much hype going around the internet about the PAX 4 and how the PAX 4 will be one of the top-ranking herb vaporizers on the market that PAX Labs should get to creating this much-anticipated vape!

What will the Pax 4 have in store for us?

Based on the way PAX Labs has improved on their vapes over the past few seasons, the PAX 4 could be an improvement on its predecessors. I’m expecting a lot from the PAX 4, and here are some different things it could include:

As you can probably tell, I’ve been a little excited about the PAX 4, and I’ve dreamed about all the different changes that could present themselves in this new model.

My excitement mainly comes from my love for the PAX 3 and how much it improved from its previous version (the PAX 2). So seeing how well the last change went makes me really excited about new changes!