The New PAX 3 Colors: Everything You Need to Know – Herbalize Store

The New PAX 3 Colors: Everything You Need to Know 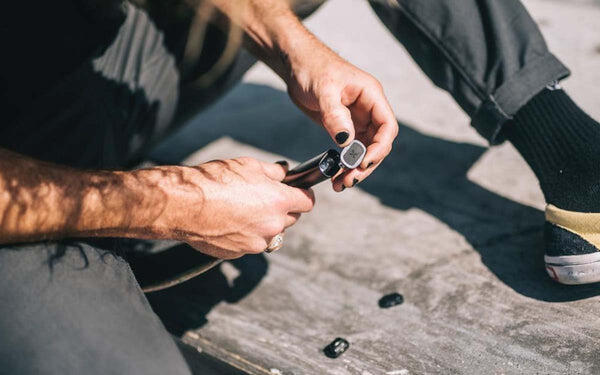 If you’re a devotee of the vape game (or even someone who just has a mild interest in occasional vaping), there’s a good chance you’re familiar with PAX vaporizers—even if you’d be hard pressed to identify them by name. For the better part of a decade, PAX Labs has been praised for churning out some of the prettiest and most potent vapes in the world. And now, their new PAX 3 color scheme makes that truer than ever.

That’s no exaggeration: the new PAX 3 colors are really, really nice. Whilst it often seems like the field of vape design is dominated by 13-year old boys—put some blinky lights here! add a cool picture of an alien’s head over there!—PAX has always been a bastion of surprisingly good taste.

In fact, the new PAX 3 colors make for devices so respectable-looking you could probably get away with having your vape on table when your mum comes over to visit (note: we do not recommend this). Let’s take a closer look at what this makeover means for one of the world’s most popular vapes. The PAX 3 has been out since 2016, during which time this powerful portable vape has garnered awards for both its style and substance. It’s been called ‘the king of portable vaporizers’ by outlets like Digital Trends, and the internet is awash with glowing reviews from people who bought their first PAX 3 years ago.

The appeal of the PAX 3 is easy to see:

As you can see, the PAX 3 has earned its reputation largely on the strength of its versatility, durability, and ease of use. But there’s another reason people like it so much: as mentioned before, the PAX 3 is one of the best-looking vapes out there.

Originally, the PAX 3 was released in a range of four colors. The range was nice—featuring your typical black and silver, along with some rose gold and teal—but rather ordinary. That’s not typically PAX’s vibe, to say the least, so they’ve released an updated range of colors for the beloved 3.

What Are the PAX 3’s New Colours?

The PAX 3 vape has often been compared to the iPhone (which is understandable given their similarly pleasing aesthetic qualities, though a bit inaccurate considering that the PAX 3 is much, much more affordable than even a several-years-old iPhone).

The new color options reflect the ‘premium’ vibe of the PAX 3. Much more refined and understated than typical vape colors, they’d look right at home in a stock photo of a classy office or coffee shop.

The PAX 3’s new hues include: Yes, ‘onyx’ is basically just a fancy word for ‘black,’ but the polished sheen of the new onyx PAX 3 is distinct from the previous matte black model. It looks like you’re holding a small hunk of obsidian in your hand. It’s elegant enough to earn compliments from coworkers, but not eye-catching enough to get attention from strangers. The color of a rich red wine, this new model will make you want to leap onto the back of a Vespa and tear through an Italian town, racing your well-dressed friends to the nearest cafe. In all seriousness, though, the deep and pleasing color of the burgundy PAX 3 is one of the most unique of any vaporizer. Like a crisp refreshing mist above a lake in the morning, the sage PAX 3 has a cool and soothing quality. The bluish-grayish-greenish tint of the paint is hard to define with precision, but it puts the eyes at ease in an instant. Again, it’s a unusual color for a vaporizer, but we wouldn’t be disappointed if it became a trendsetter. If you’ve ever walked into a friend’s flat, looked at the walls, and thought, ‘Oh, that’s a nice color… though I’ve no idea what to call it,’ you can imagine what to make of the sand PAX 3. Though perhaps ‘sand’ really does say it all—this little vape looks like it would be a blast to use at the beach.

Is the Colourful New PAX 3 Worth It?

With a price tag of $188.99 for the basic kit (which includes your PAX 3 vape, its charger, two styles of mouthpiece, and a maintenance kit) and $239.99 for the complete kit (which includes all the above, plus a pod for concentrates, a multi-tool, a protective pouch, and a collection of screens and oven lids), the PAX 3 is a surprisingly affordable vape.

Part of that appeal is due to the PAX 3’s long lifespan, and if you just bought one recently, you probably don’t need to get a new one just for a color upgrade (though if that’s your thing, go ahead by all means).

On the other hand, if you’ve been thinking about getting a new PAX 3 for a while, these sophisticated and attractive new colors might be just the thing to help make up your mind.

Share on
Previous Reading How to clean a bong? Your guide
Next Reading Volcano Classic Gold Review
Filter
All topics
Recent posts
View All Collections
Search
0